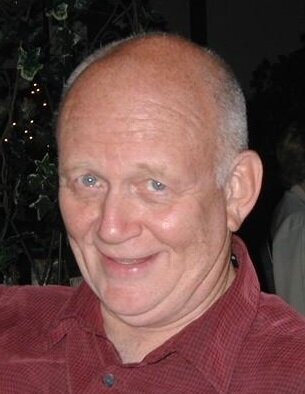 Tyler Edward Dudley left us on August 30, 2022, peacefully, at his home at Solstice in Buffalo, NY with loved ones near him. Born in Waterville, Maine on August 4, 1941, he was the first of four children born to Doris Irene Tyler Dudley and Charles Gardner Dudley. His father took a job in Chattanooga, in 1946 and the family moved to Signal Mountain, Tennessee where they lived until 1964. Tyler attended the Signal Mountain Elementary School, and at The Baylor School, from which he graduated in 1959, and enjoyed his studies, football, track and soccer. Afterwards, he chose the University of Maine in Orono, to major in forestry. In his third year, he changed his focus to English to prepare himself for Christian ministry. Long years of study yielded a Bachelor of Divinity at Colgate Rochester Divinity School (1968), a Master of Sacred Theology (1971) and a Doctor of Ministry (1976) from Andover Newton Theological School. In 1969 he was ordained by the Congregational Church of the United Church of Christ and began as the Rector of Lakeview Congregational Church in Worcester, Massachusetts, where he remained for ten years. During these years, he turned toward Clinical Pastoral Education, and became a Certified Chaplain and member of the Association for Clinical Pastoral Education. For the rest of his career, Tyler was a chaplain and supervisor of CPE in Syracuse (Loretto Geriatric Center), Rochester (Strong Memorial Hospital) and Buffalo (Sisters of Charity Hospital) retiring in 2011. He worked diligently to attain the highest level of his professional field, serving on the ACPE National Board. His legacy lives on through the countless number of students and supervisors throughout Western NY who benefited from his guidance. 1995 brought a profound change to Tyler's religious life when he converted to the Russian Orthodox Church, a faith in which he believed deeply and from which he received much comfort. Although his family knows him as “Tyler”, he adopted the name “Silouan” many years ago as his faith deepened. Tyler was a kind, empathetic person with the most gentle of souls whose own mental health difficulties brought him a great degree of compassion toward his fellow human beings and students. His love for others was non discriminatory and all inclusive. He volunteered at charities and participated in Habitat for Humanity. He loved his Buffalo Bills and his home state of Maine. Tyler was full of fun and a loving family member whose passing will sadden a great many people. Predeceased by his mother, father and infant sister, Judith Ann, Tyler is survived by his two sisters, Mary Jane Poole of Little Deer Isle, Maine, and Susan Doris Johnson of Seminole, Florida, several nieces and nephews and many close friends. A funeral service will be held at Sts. Theodore Orthodox Church at 96 Los Robles Street in Williamsville at 6:00 pm with visitation preceding the service at 5:00. The graveside service will be at the Pine Grove Cemetery in Belgrade Lakes, Maine at 2:00 on Sunday September 4. Flowers are gratefully declined, but memorials can be made to Sts. Theodore Orthodox Church, 96 Los Robles Street, Williamsville NY, 14221 or Buffalo Hospice at 225 Como Park Blvd, Buffalo, NY 14227
Friday
2
September

Share Your Memory of
Tyler
Upload Your Memory View All Memories
Be the first to upload a memory!
Share A Memory