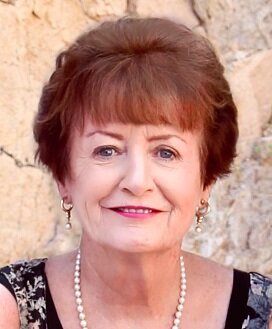 Carol Lee (nee Laffey) Morrison, 78, of Depew died in her home on April 12, 2022. Born in South Buffalo, the middle of three daughters, she attended Mount Mercy Academy. A life-long Buffalo Bills and Sabres fan, she raised her children to be die-hard fans as well. She is preceded in death by her parents, Joseph and Mary (Bulger) Laffey, She is survived by her son Michael (April) of Boise, ID and daughter Katie (Scott) McDaniel of Meridian, ID., Three beloved grandchildren, Nicholas, Chelsea and Evan McDaniel and her sisters Sharon (Donald) Fletcher of Amherst NY and Susan (Anthony) Cooper of Angola, NY. Visitation in the Cichon-Borgosz Funeral Home on Tuesday April 19, 2022 from 3-7 PM. A Mass of Christian Burial will be Celebrated at Our Lady of Charity Parish Holy Family Worship Site, 1901 South Park Avenue, Buffalo, NY 14220 on Wednesday, April 20, 2022 at 9:30 AM. The family is asking everyone to kindly assemble at Church. Flowers gratefully declined, those wishing are encouraged to please consider donating to the Bonaventure Fund, c/o St. Bonaventure University, P.O. Box 2519, St. Bonaventure, NY 14778 or www.sbu.edu/support-sbu
Tuesday
19
April