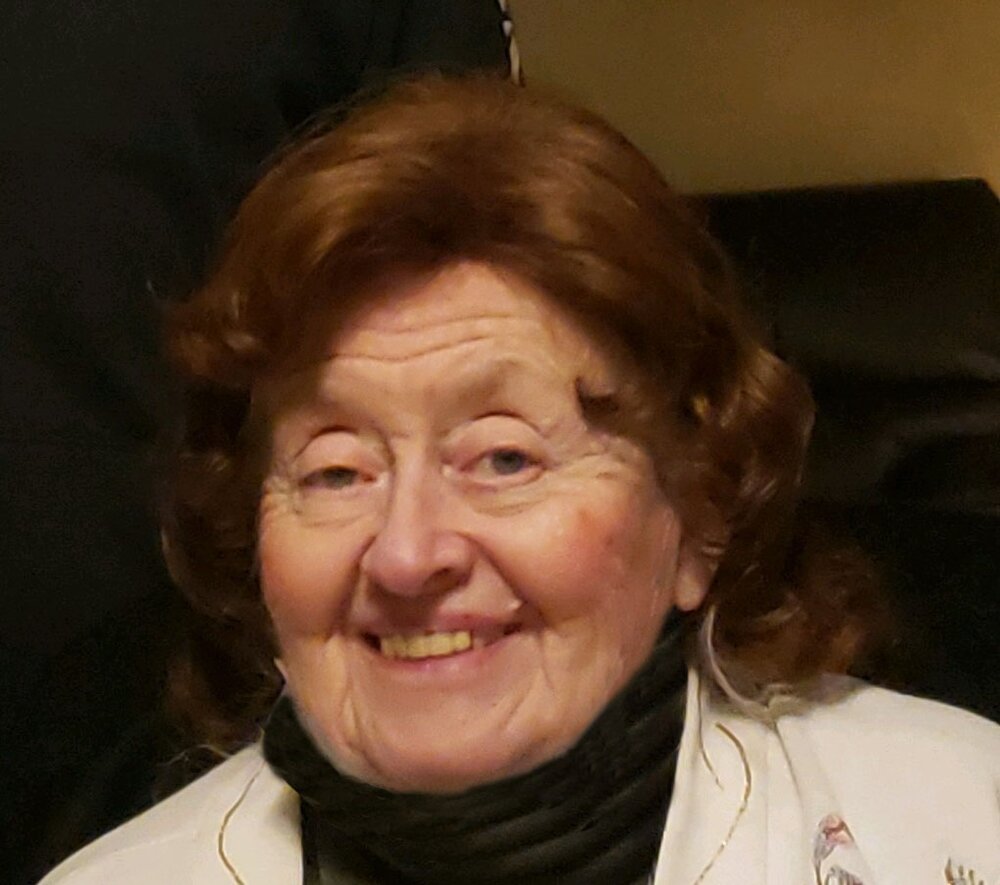 Laura J. Ely Hacker of Cheektowaga, New York, passed away peacefully on January 19, 2022 at the age of 87. A lifelong resident of Cheektowaga, Laura was predeceased by her parents Norman and Marion Ely, her brother David Ely, and beloved husband Dale Hacker. The Ely family has featured prominently in the history of Cheektowaga. They were one of the town’s founding families in the mid-1800s, and they helped many people reach Canada on the Underground Railroad. Laura’s curiosity about her family’s past and a passion for history led her on a lifelong mission to uncover the many historical treasures of the Town of Cheektowaga. Laura was a Charter and lifelong member of the Cheektowaga Historical Association (established in 1970) and served as president from 1975-76 and 1987-90. History wasn’t Laura’s only passion. Her love of art and dolls inspired her to start her own company, Appletown Creations, in her home on Park Street, making and fixing antique reproduction porcelain dolls. It quickly grew into a flourishing business and Laura soon moved to a storefront in Lancaster. She was commissioned by the State of New York to create the Baby of Liberty doll – and later the Children of Liberty dolls – to commemorate the state’s bicentennial. Proceeds from the sales of these dolls were donated to the restoration of the Statue of Liberty. Laura’s enthusiasm for life was evident from the various clubs, organizations, and activities she participated in, including the Cheektowaga Senior Center, the doll club, the Red Hat Society, the Hosta club, the Bicentennial Commission (as Chairman), Friends of Reinstein Woods, and gardening. Laura was also a Sunday school teacher for many years at her church, the Union Road United Church of Christ, as well as a member of the choir. Laura is survived by her sister Carolyn (Jerry) Kohlbacher; sister-in-law Jean Bernecky; her five children – Susan (Mauro) Tominich, Kathryn (Russell) McMillen, Timothy Hollenbeck, Stacey (Larry) Bruno, and Lisa Hoysradt (Robert Boesch); eight grandchildren; seven great-grandchildren; and many nieces and nephews. Laura will be forever adored for her never-ending support and devotion to family, friends, and, most of all, her community. She will be deeply missed.
Thursday
27
January

1:00 pm - 3:00 pm
Cichon-Borgosz Funeral Home Inc.
4929 Broadway
Depew, New York, United States
As of November 23, 2021 at 6 AM., by order of the Erie County Commissioner of Health, Erie County requires ANYONE 2 years of age or older who is medically able must wear a mask that covers their nose and mouth.

3:00 pm
Cichon-Borgosz Funeral Home Inc.
4929 Broadway
Depew, New York, United States
As of November 23, 2021 at 6 AM., by order of the Erie County Commissioner of Health, Erie County requires ANYONE 2 years of age or older who is medically able must wear a mask that covers their nose and mouth.

Share Your Memory of
Laura
Upload Your Memory View All Memories
Be the first to upload a memory!
Share A Memory