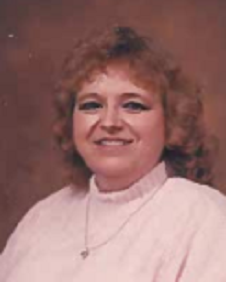 Beloved wife of the late John Hughes III; dear sister of Bobbie Luedke, late Rosemary (Jim) Duffin and Edward Luedke; loving aunt of Dawn (Jim) Schultz, Sandie (Rob) Traister, Thomas (Ericka) Bergum, Tonia (Carl) Burton, Renee (Joseph) Andrews and a great-niece, Samantha and five great-nephews, Charles, Andrew, Jeffrey, Michael, and Erick. Born February 26th, 1952, Deborah (lovingly known by family and friends as Debbie) grew up in Depew, New York. A survivor of polio, Debbie grew to be a strong, caring woman who gave back at every opportunity, between serving as a troop leader for the Girl Scouts of America, donating hundreds of booties, caps, and blankets to the United Way Community Baby Shower, and supporting Cradle Beach Camp, a beloved part of her childhood. Debbie loved country music, crocheting, women’s college basketball, and Notre Dame football. She worked at Metro Bus for over thirty years after graduating from Villa Nova College. Strongly devoted to her family, and a great friend to all who knew her, later in life Debbie met her true love, John Hughes III, and their loving marriage lasted until John’s passing in 2019. Debbie truly was a wonderful woman, and will be greatly missed by friends and family, but will live on in their memories as a selfless, caring woman who made the world a better place.
Wednesday
26
January

3:00 pm - 7:00 pm
Cichon-Borgosz Funeral Home Inc.
4929 Broadway
Depew, New York, United States
As of November 23, 2021 at 6 AM., by order of the Erie County Commissioner of Health, Erie County requires ANYONE 2 years of age or older who is medically able must wear a mask that covers their nose and mouth.