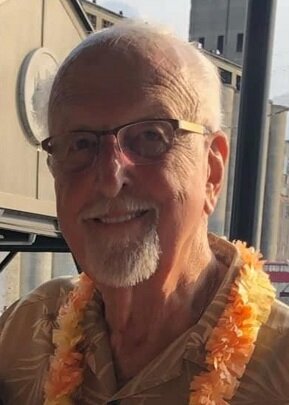 Ronald N. Suchocki Owner and operator of the Orlowski Suchocki Funeral Home passed away October 4, 2021. Born March 15 1938 to Irene (nee Orlowski) and Frank Suchocki Ron attended St. Adalbert Grammar School, East High School and is a 1957 graduate of the Simmons School of Mortuary Science, after serving his Residency with the Jennison Funeral Home he returned to the east side and joined his parents in the family funeral home Ron served his country in the US Army. In January 1961 Ron and Phyllis Klemczak were married in St. Adalbert Basilica In 1966 Ron was appointed as a Deputy in the Erie County Sheriff’s Department first serving as a road patrol deputy and then as a promoted to Detective where he was a member of many special task forces and high profile cases. After retiring from the Sheriff’s Department Ron and Phyllis enjoyed traveling. An active member of St. Adalbert Basilica, he was President of the Usher’s Society, a member of the Holy Name Society and Chaired many affairs and celebrations at the parish. Ron was an avid fan of the Buffalo Sabres and the Buffalo Bills enjoyed hunting and spending time with his family. Ron is survived by his Beloved wife Phyllis (nee Klemczak) Suchocki; Loving and Devoted children Michelle (Mark) Vaughn and Ronald (Mallory) Suchocki II; Fond grandchildren Matthew (Melanie) Vaughn, Melissa (Brandon Sicurella) Vaughn, Ronald (Mara) Suchocki III, and Justin Suchocki; Cherished great grandchildren Ryker and Raegan; Brother-in-law Dennis (Joyce) Drzewiecki; two nephews and many friends. Visitation in the Orlowski Suchocki Funeral Home, 4929 Broadway, Depew, (same location as the Cichon-Borgosz Funeral Home, Inc.) Sunday, October 10, 2021 from 12-6 PM . Relatives and friends are invited to a Mass of Christian Burial in St. Adalbert Basilica, 212 Stanislaus Street, Buffalo, NY 14212 Monday at 11 AM. The family is asking everyone to please assemble at the Basilica. Flowers gratefully declined.
Sunday
10
October

Share Your Memory of
Ronald
Upload Your Memory View All Memories
Be the first to upload a memory!
Share A Memory