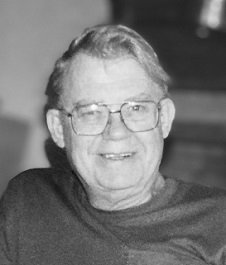 Please share a memory of Frederick to include in a keepsake book for family and friends.
View Tribute Book
WYSOCKI - Frederick J. January 30, 2021, Age 87 of Akron, NY. Fred was a member of the Main-Transit Fire Department for 18 years and was the driver of their C Truck during the Firematic tournaments. He was a sought after meticulous painter and wallpaper hanger for over 50 years and once owned the popular Fred’s Country Inn in Clarence. He proudly served in the US Army from 1956 - 1958. During retirement he loved to cook and bake and share what he made with others. Fred is survived by his loving and devoted wife of 62 years Joan (nee Beiter); children Susan (Michael) Kinson, Terrence, Laura (William) Miner, Jo Anne Gaydos and Janet (Richard) Freer; 13 grandchildren, five great-grandchildren and a sister, Carol (late Frank) Gonka. He was preceded in death by his daughter Dawn; son Thomas and grandson Jacob. It was Fred’s fervent desire to donate his body to the Medical School at the University of Buffalo. Those wishing may make donations to the National Kidney Foundation. Private services were held.

Share Your Memory of
Frederick
Upload Your Memory View All Memories
Be the first to upload a memory!
Share A Memory