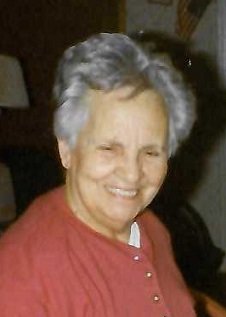 Please share a memory of Jennie to include in a keepsake book for family and friends.
View Tribute Book
FAIELLA, Jennie L. Nee Caropreso Entered into rest December 21, 2020; Mrs. Faiella was born February 10, 1924 in Italy and immigrated to the United States with her family in 1930, settling in East Rochester, NY. She was a 1942 graduate of Akron Central School. Upon graduation she went to work at Bell Aircraft to support the war effort. After the war she worked in retail for AM&A’s and JC Penney before volunteering in the cafeteria at St. James School in Depew. She finished her career on the dietary staff at Sisters of Charity Hospital. She was the devoted wife of the late Santoro Faiella; devoted mother of Diane (William) Bostwick of Depew, Renee Faiella of Depew, and Sandy (Evelia Guzman) Faiella of NYC ; loving grandmother of Mary (Ryan Boggs) Bostwick; Dear sister of Isabelle Eagan, the late Lucy Latello, and the late Anthony Caropreso; and faithful companion to her Corgi, Serenity. She is also survived by nieces and nephews. A deeply spiritual woman, Mrs. Faiella enjoyed the ancient art of T’ai Chi, walking, and caring for a series of dogs. She was devoted to her children. Her most important role was as “Grandma” to her beloved Mary, of whom she was extremely proud. She was a longtime member of Blessed Mother Teresa (St. James) Parish in Depew and its Virgin Sodality. Interrment will be in St. Mary’s Cemetery at the convenience of the family. A memorial service will be held at a later date. Memorials may be made in her name to the SPCA of Erie County