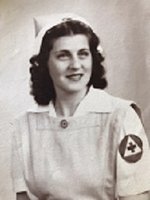 Went to be with The Lord on October 24, 2019, at the age of 102, with her daughter by her side. She married the late Americo Giorgini on June 25, 1938. Edith volunteered to support the war effort by becoming a Nurses Aide at the VA during WWII. She was a store clerk for AM&As, a switchboard operator for The Sisters of Our Lady of Charity, and worked for Scott Aviation and the subsequent companies that bought them out until the age of 74. The daughter of Italian immigrants, she was always willing to help her family however she could, when they were in need. She loved to cook and bake for them, especially during the holidays. She is the devoted mother of Robert (Jacqueline) Giorgini, Ronald (Donna) Giorgini, and Donna (Donald) Tosh; Loving grandmother of Scott Giorgini, Amy (Mark) Josker, Nicole (Ronald) Wazny, Donald J. (Charissa) Tosh, Erin ( Russell) Dawson, and was predeceased by her dearly loved grandson, Robert (Robbie) Giorgini. She is also survived by 13 Great Grandchildren: Mark, CJ, and Devon Josker, Callan, Merik, Ainsley, and Alden Tosh, and Ava, Evan, Daniels, Kaspars, Kristiana, and Valters Dawson, as well as 1 Great, Great Grandchild. She is the dear sister of Geri Chosie, and was predeceased by sisters Mary Melendez, Louise (Ernest) Loudenslager, and Delores (Joseph) Amaroso, as well as her 7 brothers: John Paul, Frederick (Mary) Paul, Anthony (Josephine) Paul, Vincent "Jimmy"(Rita) Paolella, Joseph ( Annabelle) Paulello, and Virgil (Frances) Paul. She is also survived by her sister-in-law Rita, as well as many nieces and nephews. A private memorial and luncheon is being planned by the family.